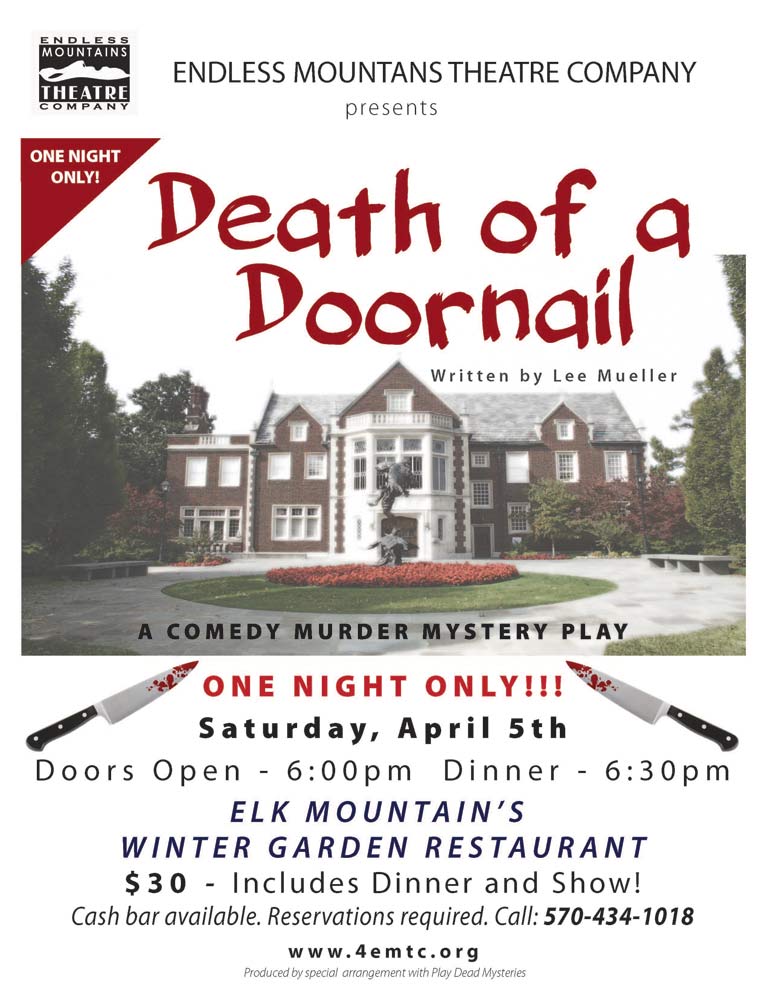 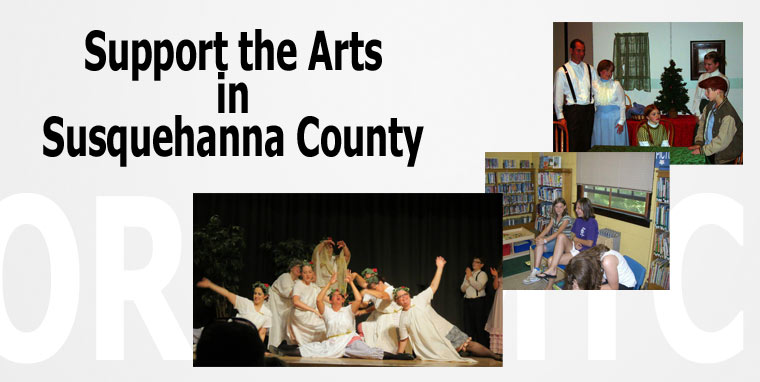 Program Sponsorships are now available for the upcoming 2014-1015 Season Program.

Reach your potential customers while also supporting the arts in Susquehanna County! Programs are distributed at all of our shows, EdCamp and outreach events. Advertisers also receive a listing on our Sponsors page.

Please see a Board Member or Contact Us to place your ad today! 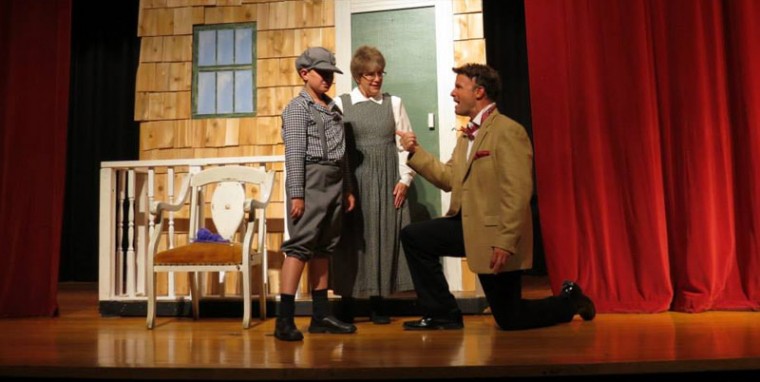 The new site will contain more information, links from our sponsors and updates from our Facebook page!

“The Imagination Factory”- this course is designed to inspire young actors. Preschool drama is about building confidence, language skills, and self-expression. We will explore new places, children’s literature and our emotions. We will become butterflies, bears, frogs, and friends.

Two free tickets were raffled off at each of the Music Man performances. The three lucky winners are:

Congratulations and thanks to everyone who attended and made The Music Man a great success!

A Night of Original One Acts

|| Read More
Right is the Price

Are you desperate to know what happens when the cameras

|| Read More
Ever After Ball

Ever After Ball A comic look at what happens